World of Warcraft: How to Unlock World Quests in BFA 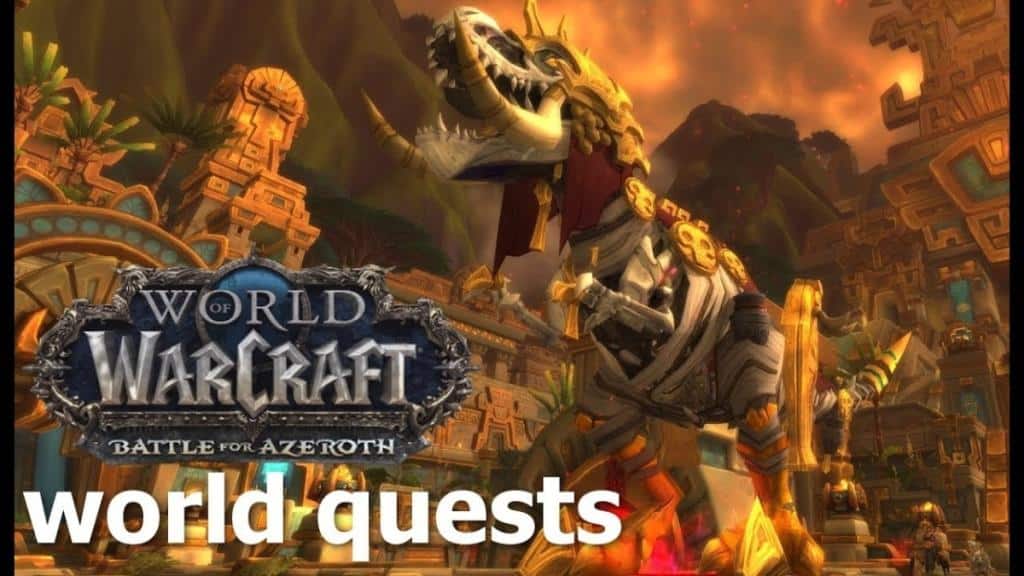 World quests are not something new in the world of games. They have been here for ages providing their versatility in terms of gaming. It has been around for quite a few years, providing a game of entertainment and adventure to its viewers. Blizzard, along with World Quests, integrated the questing variation into the two new zones, which gives the players access to countless world quests across both Kul Tiras and Zandalar games.

What is a World Quest in BFA?

World quests BFA is an online game where you have to reach friendly levels with the three main factions. Horde, Zandalari Empire, Talanji’s Expedition, and Voldunai. These are the various categories one has to cross to go to the next level.

You should be able to reach Friendly

fast. This reaches the level of Friendly. It would help if you crossed a few of the quests in each zone. Value etc., are the characters added to the game during the Legion period. They were created as a natural upgrade over daily quests. World quests depend upon a rotation system in the zones where they are readily available.

Another important factor of world quests is the variety that it offers, like diverse quest objectives. As the nature of quests are quite repetitive, and monotone players do complain about it a lot. Blizzard is trying to change that about it with the help of world quests. There are also many different types of world quests which are as follows:

Players here have to be in the same area to have access to the same world quests. Few will only be available to players within the same professions. As you progress on certain quests in a zone, you might find that new quests are popping up that are only visible to you.

How is Unlock World Quests done?

The first thing one needs to do to unlock the world quests is to get to level 120, then you need to reach a Friendly reputation with the three main factions in Kul Tiras or Zandalar, and you have to unlock the three footholds by completing the War Campaign which is available.

Players in the alliance have to complete the Uniting Kul Tiras quest, which requires the players to hit Friendly with 3 factions in Kul Tiras, Proudmoore Admiralty, Storm’s Wake and Order of Embers. Horde players need to complete Uniting Zandala before reaching Friendly rep with the following three factions in Zandalar like Zandalari Empire, Talanji’s Expedition and Voldunai. This quest requires the players to speak to Nathanos Blightcaller, who can be found in Zuldazar, exact coords: 58.4, 62.6, one of the main characters.

What happens after I unlock World Quests?

Also, the world quests don’t have a preset timer and

which have longer durations. The players do not have to limit themselves to the number of world quests one can do in a single day. There is no guarantee that the new quests will appear or not.

How do the players get started?

Players need to travel to a certain zone, and a quest will automatically appear in how bonus objectives worked in WoD. Sliding your mouse over a particular flight master’s map will open a tooltip that shows you how many quests are active in a given area.

What are unlock world quests in BFA?

World quests are one of the important aspects of WoW’s 7th edition Battle for Azeroth. Unlocking this game is a 3-step easy process that takes less time. They offer various new opportunities. There are different time zones for different situations.

The world quests in BFA is one of the emerging trending games of this time. The game has several editions, and all of them are quite popular.

How to Make Concrete in Minecraft

How to Make a Water Elevator in Mine Craft